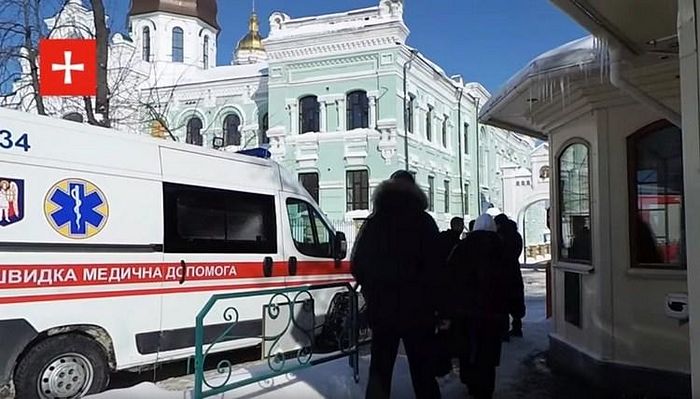 Since the beginning of the year, the Holy Dormition Kiev Caves Lavra has been subject to attack from radicals attempting to destabilize and intimidate society.

The latest incident occurred on Friday when the Ukraine State Service for Emergency Situations received a message about 35 pounds of TNT being placed at the Lavra, which forced rescuers, police and the Ukrainian Security Service to check the territory of the monastery.

“There has been a surge of demonstrative and violent steps against the Ukrainian Orthodox Church. It started from the beginning of the year, then there was a pause, but not there’s a second wave. It seems to me that this campaign is planned,” said Pavel Rudyakov, the director of the information-analytical center “Perspective.” He pointed to the recent incident in which two 300-year-old icons were stolen from a church in Klynove, among many others.

“And now, I think we should expect events to increase,” he added.

According to the expert, the bomb threat was aimed at injecting anti-Church hysteria around the Ukrainian Orthodox Church, trying to place the Lavra at the center of scandalous situations.

The director of the Institute for Policy Analysis and Management Ruslan Bortnik believes the purpose of such actions is to create a destabilized zone around the Lavra, “where people are troubled and uncertain.”

“This is an attempt to test the Church’s reaction to such crises. I don’t rule out that behind this could stand more serious structures which are thereby trying to gain access to the monastery,” the political scientist commented.

“This kind of message is an element of informational terror, an attempt to intimidate and destabilize. The Church issue, the issue of the UOC will be one of the key humanitarian issues which will be used in the elections. I think the situation will deteriorate. Attacks from radicals and people invested with power will only increase,” said Bortnik.

Attacks against the Lavra are merely a PR attempt, Bortnik believes, but, as history shows, the Church will survive this difficult period. Abbot of the Kiev-Caves Lavra: “The extremists did not succeed in disrupting the Nativity services.”
Sergei Geruk, Metropolitan Pavel of Vyshgorod and Chernobyl
On the second day of the Nativity, January 8, on the eve of the evening services, about thirty men in balaclavas and masks from the radical right organization C14 (“Sich”) blocked the entrance to the territory of the Holy Dormition Kiev-Caves Lavra. Shouting political slogans and lighting fireworks, they demanded a meeting with the abbot of the Lavra, Metropolitan Paul (Lebed).
Comments
×