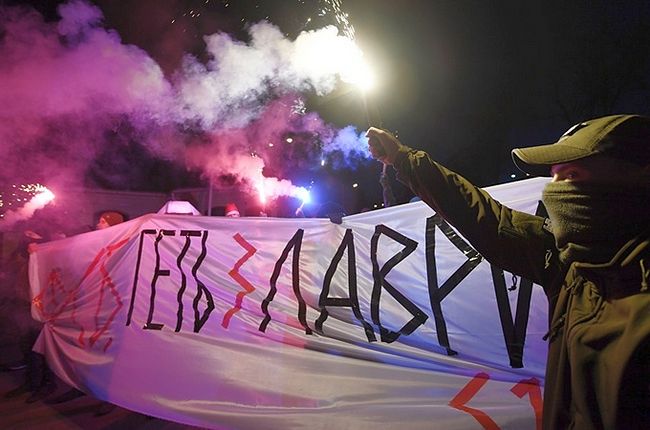 According to the website of the Holy Dormition-Kiev Caves Lavra, information on preparations for radical right-wing attacks of vandalism in the monastery’s holy caves has spread recently in social networks. The monastery has therefore asked for prayers for protection against the provocations that are planned for today.

It is expected that young people, identifying themselves as members of “The Right Sector” and “C-14” will attempt to infiltrate the caves in order to desecrate them. The radicals are prepared to use force if they are opposed.

“We ask you to take personal control and facilitate the prevention of conflicts on the territory of the Kiev Caves Lavra,” Met. Pavel writes to President Poroshenko. “Measures to strengthen the permanent protection should be undertaken to stop the aggressive and provocative actions against the Ukrainian Orthodox Church,” the letter continues.

The abbot, with the brethren, also recalls that the Lavra, along with other monasteries and churches, has repeatedly been under threat and attack in Ukraine lately. The monastery was previously threatened on the feast of the Holy Protection in October, and radicals blocked the entrance to the Lavra this year on January 8. The monastery has repeatedly appealed to President Poroshenko for protection.

The brothers of the monastery, headed by the abbot, also entreat all for prayerful support during this difficult time for the Lavra, that there would be no desecration of the sacred Orthodox site.

The letter also notes that the Lavra is an ancient sacred site and stronghold of Orthodoxy, known to the whole world for its underground caves which were dug by their inhabitants and the holy incorrupt relics of the venerable fathers of the caves that are kept there. For nearly 1,000 years, all generations of the Lavra brotherhood have preserved the holy relics of the Near and Far Caves and are now daily opened for all faithful and people of good will. Abbot of the Kiev-Caves Lavra: “The extremists did not succeed in disrupting the Nativity services.”
Sergei Geruk, Metropolitan Pavel of Vyshgorod and Chernobyl
On the second day of the Nativity, January 8, on the eve of the evening services, about thirty men in balaclavas and masks from the radical right organization C14 (“Sich”) blocked the entrance to the territory of the Holy Dormition Kiev-Caves Lavra. Shouting political slogans and lighting fireworks, they demanded a meeting with the abbot of the Lavra, Metropolitan Paul (Lebed).

Schismatics and nationalists seize a church in western Ukraine
Today believers come to celebrate Divine Liturgies in a pavilion set up on a private territory.
Comments
×