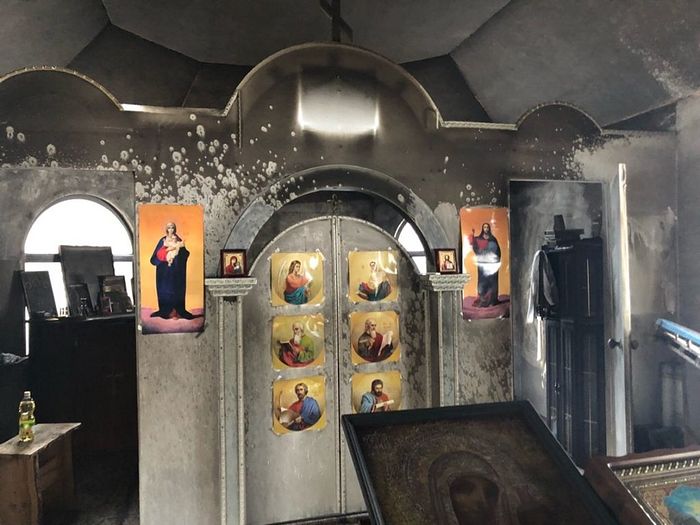 On the night of March 9 to 10, at about 3:00 AM, unknown vandals set fire to the Church of the Transfiguration of the Lord in the Obolonsky District of Kiev, reports the site of the Ukrainian Orthodox Church.

This is at least the third time in the past few years that this parish has been attacked.

The perpetrators broke a window, poured a combustible mixture inside, and set fire to the church. Police later arrived to the scene. Criminal proceedings have been opened under Article 194 “The Deliberate Destruction or Damage of Property” of the Ukrainian criminal code. The article provides for up to 10 years of imprisonment, reports RIA-Novosti.

The church was seriously damaged and is in need of repairs.

The same church was previously vandalized in October 2015, when ant-Moscow Patriarchate graffiti was sprayed on the outside walls of the church. “Down with the Moscow priests!” and “Are you still going to the Russian church?” the graffiti read. The church was also set on fire in May 2016, suffering damage to the walls at that time.

You can see the damage to the church from the fire in the video below: