The Resurrection of a Drug Addict This story occurred on October 14, 1998, on the feast of Svetitskhovloba in Mtskheta, the ancient capital of Georgia. It is told by its protagonist, George:

In those difficult times, I was living with my family in Tbilisi. I was a drug addict.

That day, my friend who was going to celebrate Svetitskhovloba with his family invited me to go along. I had done some heroin and I was pretty high. I was indifferent to Church feasts then, so I agreed to go for the celebration of Mtskhetoba.[1]

We went to a concert and then to a restaurant. And when we were just getting ready to head back, my friend’s wife, Tamara, said that Mtskheta had the grave of the famous wonderworker Archimandrite Gabriel and that she wanted to go pray at his grave. We had to agree, but we didn’t go into Samtavro Monastery itself, where his grave was located in the courtyard at that time. I remember ironically shouting after her:

“Light a candle for me and ask him to save me!”

That evening, as I was having some tea at home, a friend came and showed me that he had some “excellent” heroin. I was already inebriated, but to refuse was “beneath my dignity”…

I don’t remember what happened next.

I was dragged out of the kitchen. My parents were at home and called the ambulance. The doctors unsuccessfully tried to help me. The first team was followed by the second, then the third, the fourth… There was a whole convoy of ambulances outside my building. My brother came running. Everyone was shouting. Each team injected me with 5 milligrams of Narcan[2] (20 milligrams altogether!). Anyone who knows about medicine knows that such a dose could resurrect the dead, but it didn’t do me any good. Then they injected adrenaline into my heart and used a defibrillator, but it was all in vain…

Forty-five minutes passed after I died.

Four teams of doctors tried in vain to help me…

Then this happened about an hour later:

I had turned black and was lying under a white sheet on the floor with my hands bound with gauze. Then my mother fainted and my father went blind. The door was open. The neighbors were gathered on the landing. The women were crying. The doctors had signed my death certificate. Some of them quietly said: “This isn’t the first young man to die from this damned drug. How long can this go on…?” 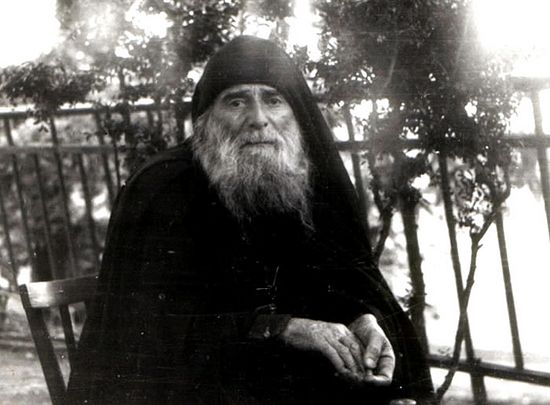 Just then, Manana, a religious neighbor from the third floor who was a parishioner of Samtavro Monastery, quietly entered the open door of the room where I was lying. She removed the sheet from my face and anointed my forehead in the form of a cross with oil from Fr. Gabriel’s grave. She was hoping it would at least somehow help me before the Almighty in the other world…

And I… immediately jumped up with my bandaged hands!

The young doctor who signed my death certificate fainted.

An incredible commotion arose. They immediately took me to the hospital and examined me for three days.

… I still have the death certificate.

It’s been twenty years since the repose of the great Elder Gabriel,[3] but the miracles—first at his grave, and now at his relics—have never stopped.

[1] On October 14, the Georgian Church celebrates the ancient Svetitskhoveli Cathedral, home to Christ’s wonderworking mantle. Th city of Mtskheta, where the cathedral is located, is celebrated on the same day.—Trans.

[2] Narcan is a medicine used to block the effects of narcotics.—Trans. A Saint in a Beerhouse
New reminiscences of Venerable Elder Gabriel (Urgebadze)
Constantine Tsertsvadze
At some point he drew close to me, looked right into my eyes and said: “Revaz, burn what you have here, in your pocket!” And what I had in my pocket was a suicide note, written a few hours before, in which I said good-bye to my family. “I Am Waiting for You at Samtavro”. Premier of the English Version
A film in English about St. Gabriel (Urgebadze) of Georgia How Elder Gabriel Helps People as They Pass into Eternity
Constantine Tsertsvadze
It was Elder Gabriel who made Galina Petrovna laugh in the last minutes of her life on earth, and escorted her soul peacefully, thus answering her prayer by “bringing her petition unto the Lord”—to take her soul if only one day prior to Marina’s repose.
Comments
×