How To Cope With the Loss of a Loved One

It is far too uncommon for us to be prepared for a death of a loved one ahead of time. More often than not, grief draws upon us unexpectedly. What should we do? How should we react? Mikhail Khasminsky, head of the Orthodox Center for Crisis Psychology at the Church of the Resurrection of Christ on Semenovskaya (Moscow) speaks about bereavement. 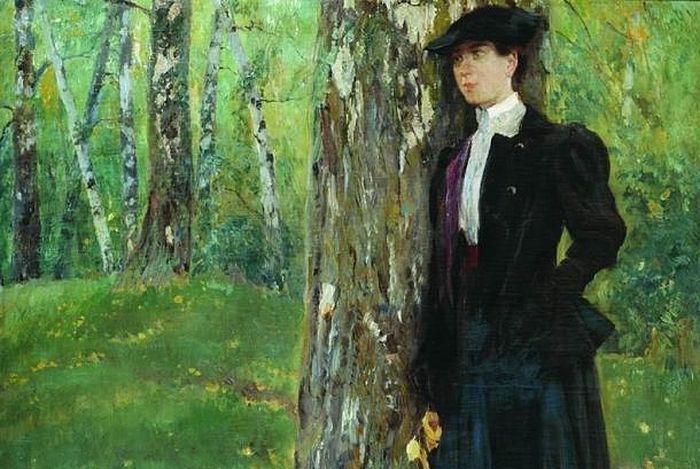 When a loved one dies, we feel as if all connections with him are severed—and that alone is unbearably painful. Unlike a headache, or a sore hand or liver, it is our soul that suffers. There is nothing we can do to stop it—like, zap, and it is over.

It often happens that a grieving person comes to see me and says: “It’s been two weeks already, but I still can’t come back to my senses.” But how can one recover after a mere few weeks? We would never dare to ask our surgeon after a complicated surgery: “Doctor, I’ve been lying here for ten minutes. Why hasn’t it healed yet!” We know that in three days the surgeon will check us over, and then he might remove sutures, and still later your incision will gradually begin to heal. Besides, if there are any complications, we may have to repeat a few of those steps all over again. It may take you a few months to recover completely. But in our case, we are talking about something else—it isn’t about a physical but spiritual healing that will likely take a year or two. The process of bereavement goes through several subsequent stages and it is impossible to skip any of them.

What are those stages? At first, we are in shock and denial, then anger and resentment, bargaining, depression, and, finally, acceptance (although it is important to understand that any designation of stages is provisional, and these stages have no clear boundaries). Some people will transition through them harmoniously and without delay. Most often it happens to those who have strong faith, and a clear understanding of what death is about and what will happen afterwards. Faith helps us to get through these stages properly, without skipping any of them, to finally enter the stage of acceptance.

But when a person is a non-believer, the death of a loved one can be an open sore. For instance, some can deny a loss for as long as six months, saying: “No, I don’t believe it, it simply couldn’t happen.” Some others may be trapped in anger and direct it towards the doctors who “didn’t do enough to save him,” towards relatives, or even God. They could be mad at themselves and it will result in a feeling of guilt: I didn’t love enough, I didn’t say enough, I didn’t stop—I am a wretch and it is my fault that he died. There are many people who suffer this way for a long time.

However, as a rule, asking a few questions is enough for a person to come to terms with this feeling of guilt. “Did you want this person to die?” “No.” “Then why do you feel guilty?” “I asked him to go shopping. Had he stayed home, he would not have been hit by a car.” “Well, if you had seen an angel who told you that if you send him off to the store, he will die. How would you have acted in that case?” “I would have definitely told him to stay home.” “Then why is it your fault? Because you can’t foretell the future? Or, that you did not see an angel? But how does it have to do with you?”

Some people can develop an immense sense of guilt if the recovery stages I mentioned earlier last much too long. Their friends and colleagues can’t understand why he always looks so moody and unapproachable. The grieving person doesn’t know why either, but he can’t do anything about it.

Then there are others who, on the contrary, literally breeze through all the stages of bereavement; but later, as time goes by, their trauma hits hard again—so much so that even the death of a pet may seem unbearable for them.

There’s no grief without pain. But it is one thing is when you believe in God and another when you don’t believe in anything—then one trauma can collide with another, and so on ad infinitum.

So, here is my advice to those who prefer to live in the present day and put off making big decisions for later: Don’t wait till it hits you out of the blue. Try to deal with it (and yourself) here and now, and search for God—because seeking Him out will help you when the time comes to say goodbye to your loved one.

One more thing: If you feel like you can’t deal with the loss on your own, or you don’t feel any better even if it’s been a year and a half or two years since your loss, or you feel guilty, chronically depressed, or aggressive, you should see a professional—either a psychologist or a psychotherapist.

Not thinking about death puts you on the path to neurosis 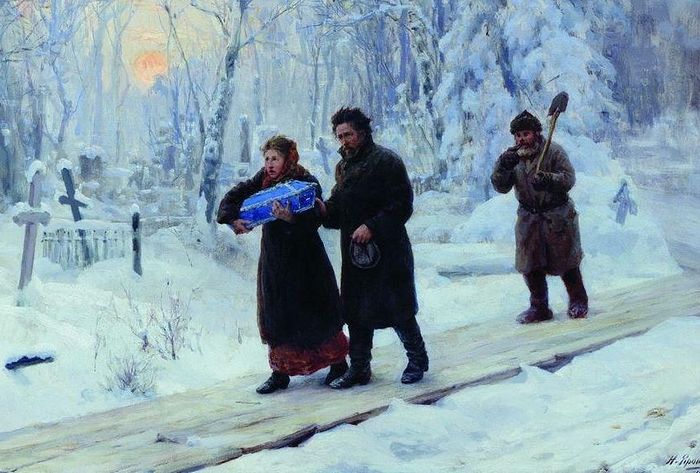 Nikolai Yaroshenko. Burial of the firstborn. 1893

I was thinking recently about why the famous artists portrayed death in so many paintings. In the past, artists would tackle the topic of grief and sorrow precisely because death fit into the cultural context. Modern culture has no place for death. It is a taboo because “it traumatizes.” In fact, it is the opposite that’s traumatizing: this topic has gone off our radar.

If a person mentions that someone was killed, he’d likely hear in response: “Oh, I’m sorry. You probably don’t want to talk about it.” But what if it is just the opposite, and I want to talk about it! I want to talk about the deceased, and I want sympathy! But just when you need support, they will distance from you and try to change the subject in fear of upsetting or hurting you. A young woman has lost her husband, but her relatives tell her, “You shouldn’t worry, you’re pretty, you will get married again.” Or they avoid you like the plague. But why? Because they’re afraid to think about death. They don’t know what to say. And they were never taught how to express condolences.

Here lies the major problem: Modern man is afraid to think and talk about death. He never had this experience, because his parents didn’t teach him, just like their parents and grandmothers. That’s why a lot of people cannot cope with this feeling of loss on their own and need professional help. For example, it happens that a person sits right on his mother’s grave or even spends a night there. What causes this frustration? Misunderstanding of what has happened and what to do next. On top of it all there can be all kinds of superstitions, and this will result in acute and sometimes suicidal form of imagination. Besides, the children are often a part of the picture and they are also going through a grieving process, so the adults can inflict irreparable spiritual trauma on them with inappropriate behavior.

But condolences are akin to “being sick together.” Why should we suffer from someone else’s pain if all you want is to have a good time here and now? Why should we think about our death? Wouldn’t it be better if we suppressed those sad thoughts with some good experiences such as shopping, or enjoying a tasty meal and a good drink? The fear of post-death experiences and unwillingness to think about it triggers a childish protective response: Everyone will die but I will live on.

In the meantime, our birth, life and death are the links in one and the same chain. It is foolish to ignore it, because at a minimum it leads us straight to neurosis. Because once we are faced with the death of a loved one, we won’t be able to deal with this loss. If only we change our attitude to life, we will be able to correct a lot within us. That’s when it will get a lot easier for us to endure grief.

Erase superstitions out of your mind

I know that the editors at Foma Orthodox magazine receive hundreds of questions regarding superstitions. “We used the children’s clothing to wipe the monument at the cemetery, what will happen now?” “I dropped something at the cemetery, can I pick it up?” “I dropped a handkerchief inside the coffin, what should I do?” “A ring slipped off my finger at the funeral, what does it mean?” “Can I hang photos of my reposed parents on the wall?”

That’s when we see the mirrors getting covered with white bed sheets—and how else could it be, for aren’t they supposedly a gateway to another world?! Someone is convinced that a son can’t carry his mother’s coffin, because it’s not good for the dead. This is absurd, because who but son who should carry this coffin?! Surely, this system of values where a glove dropped at the cemetery holds a particular meaning has nothing to do with Orthodoxy or faith in Christ.

I think this also happens because we are reluctant to practice self-reflection and answer some crucial and existentially important questions. A Tragic Death of Children On the Nativity: Why Does God Allow These Things?
Priest Valery Dukhanin

A Tragic Death of Children on the Nativity: Why Does God Allow These Things?
Priest Valery Dukhanin
The mystery of suffering is the mystery of God’s compassion towards us. More on the Question of the Toll Houses
Fr. John Whiteford

More on the Question of the Toll Houses
Archpriest John Whiteford
When it comes to those who wish to either dismiss the idea of the toll houses, or to label them as heretical, I have often been amazed, both at the evidence that they are willing to ignore, and what they seem to think proves their case. Perspectives on Death
Archpriest Andrei Tkachev
So, I was thinking: why don’t we all write a summary of the life we lived at some point? I bet without a doubt it’ll scare us; some will break out into a cold sweat, and from this, good life changes will be born. Mortal memory, after all, is so… creative.
Comments

Christina Panageas3/26/2022 1:33 am
loosing a child is the hardest thing in the world. No matter how faithful you are, the pain breaks your heart in a million pieces. It did help, however that my sweet daughter was so strong in her faith that it brought me out of darkness, because she told me to stay in the light. Her words before she left us were so beautiful and strong in her 100 % faith in God. ❤???? May Your Memory be Eternal Alexia mou.
×