Belt of Theotokos blesses the sick at Greek hospitals (+VIDEOS) The patients of the METAXA Cancer hospital in Piraeus, Greece, were blessed with a visit from a rare relic of the Most Holy Theotokos yesterday.

The Belt of the Theotokos, the most treasured relic of the Athonite Vatopedi Monastery, left the monastery last week for the first time since the pandemic. Abbot Ephraim and the sacred treasure were festively greeted in Piraeus on Saturday morning by His Eminence Metropolitan Seraphim and a crowd of clergy and faithful. The Belt will remain in the Metropolis until November 13. Yesterday, it was taken to bless the patients and nursing and administrative staff of the METAXA hospital, the Metropolis reports.

Hundreds of patients and staff members had the opportunity to venerate the relic in an atmosphere of great emotion and piety. The Belt was first greeted in the hospital courtyard, and then taken to the wards by Met. Seraphim and Fr. Ephraim to bless the sick.

Today, the Belt was also taken to Tzaneio Hospital in Piraeus. 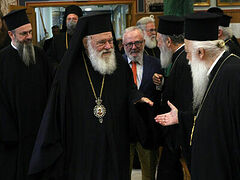 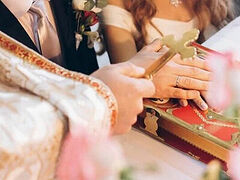 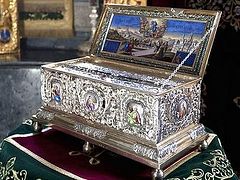 Almost 300,000 people in Moscow, over 2 million in Russia venerated the Belt of the Mother of God

Sefu Asfaw2/1/2023 1:28 am
I am an Ethiopian who follows the Orthodox religion but I don't understand the rituals of other countries but isn't it hidden that same sex marriage is a sin according to the bible or is it just your gospel?
×