The Romanian Orthodox Metropolitan of Banat again celebrated his name’s day in a very special way—by sitting down to eat with the local homeless in Timișoara.

His Eminence Metropolitan Ioan celebrates his name’s day on January 7, the Synaxis of St. John the Baptist (new calendar). In honor of his saint, he offered a meal to the beneficiaries of the emergency social center for the homeless. The hierarch is known as an important supporter of the center, the Metropolis of Banat reports.

He also celebrated his name’s day with the homeless last year.

Besides supporting the homeless center, His Eminence is well-known for his constant social-philanthropic activities. For example, in November 2021, OrthoChristian reported that the Metropolis of Banat donated 4 tons of food to a local psychiatric hospital.

The Archdiocese of Timișoara, part of the Metropolis of Banat, is also well-known for donating houses to large and needy families. 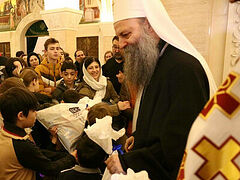 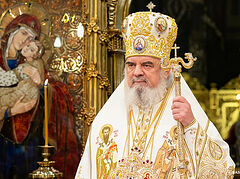 Romanian Church dedicates 2023 to pastoral care for elderly, and hymnographers and chanters

Romanian Church dedicates 2023 to pastoral care for elderly, and hymnographers and chanters
The Romanian Synod dedicates every year to a specific theme, with events throughout the year celebrating a different aspect of the Orthodox Christian spiritual life. 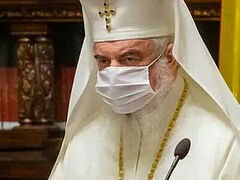 Patriarch Daniel: Romanian Orthodox Church remains the greatest philanthropist
“We see how great is the effort of the parishes, of the dioceses regarding the social-philanthropic work.”
Comments
×