Patriarch Irinej of Serbia has called the gay parade "the tip of the immoral iceberg and a gathering of all perversions and vices". 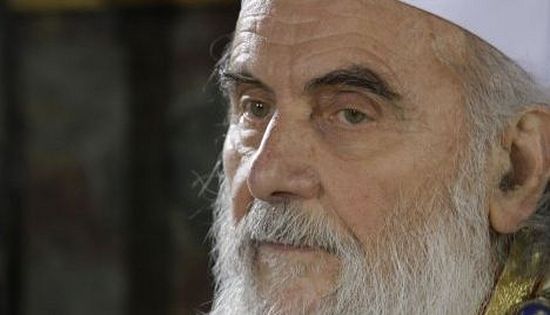 "I have pity for these people, who belong to the so-called gay population. This is a disorder or an aberration of human nature... I cannot understand why they are imposing this problem on us and are openly demonstrating it," said head of the Serbian Church in his interview with the Nedelnik newspaper, answering the question whether the Serbian Church was intending to strive for prohibition of the gay parade by the authorities.

This year again in the Serbian capital a weeklong action, "Gay pride parade" is being prepared, rich in various events, exhibitions and concerts popularizing different manifestations of the LGTB community's activities.

Preparation for these actions has again split the Serbian society, as the majority of the Serbian population are opposed to such events. Last year, a similar "Pride parade" was accompanied by blasphemous and profane tricks. Furthermore, representatives of the EU countries and the USA exerted unprecedented pressure on the Serbian authorities and the public to hold these events, and various European politicians and diplomats played an active part in promoting them. Despite 16,000 Strong Protest, Gay Parade Was Held In Belgrade Last Sunday
"7000 police officers plus the army and armored vehicles with a helicopter were deployed to protect 200 gays from the Orthodox Serbian people."