The Russian Federation’s Minister of Foreign Affairs Sergey Lavrov had a meeting in Guatemala with Abbess of the Orthodox Convent of the Holy and Life-Giving Trinity (Lavra of Mambre) near the city of Guatemala, Mother Ines (Ayau Garcia), reports RIA-Novosti. This convent belongs to the Orthodox Patriarchate of Antioch. 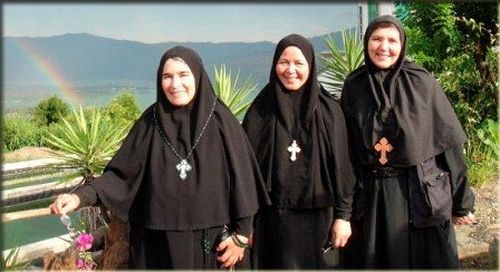 Mr. Lavrov donated to Mother Ines an Icon of Holy Greatmartyr George the Victory-Bearer, one of the most venerated saints in Guatemala, for their church. 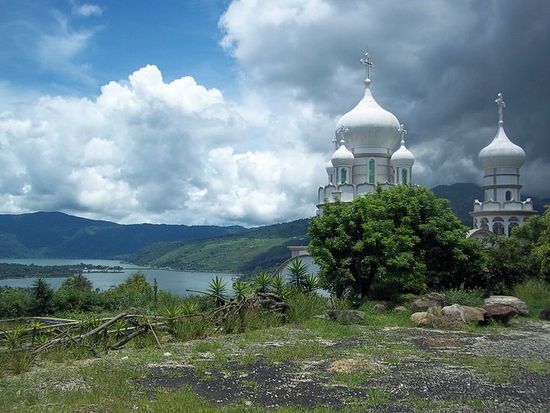 At the age of 36, Mother Ines radically changed her life when she left a Catholic monastic order and became an Orthodox nun. This was a long path.

“When I became a Catholic nun aged 20, I was given a book on St. Seraphim of Sarov and his conversation with N. A. Motovilov in Spanish to read. Then I was given two more books: one from Russia – the Ladder of Divine Ascent by St. John Climacus, and another one in Greek – on the Divine Liturgy by St. Gregory Palamas. This opened my eyes and heart and inspired me to continue seeking. And 16 years later I discovered Orthodoxy,” she related.

The Holy Trinity Convent was founded by Mother Ines and Sister Maria (Amistoso) in April 1986.

The convent’s church is built in the traditional Russian style.

Orthodox Missionaries in Guatemala
Father David and Matushka Rozanne Rucker have been mission specialists for many years with the Orthodox Christian Mission Center (OCMC), which has missionaries around the world under the umbrella of the Assembly of Bishops. Guatemala has seen an explosive growth of Orthodox Christianity among thousands of indigenous Mayans, so now the Ruckers will be going there to live, to train catechists and clergy and to help establish the first Orthodox seminary. Mission Team Helps Guatemalan Orphanage Relocate to Higher Ground
In early June, a mission team from the seminary community, led by Chancellor/CEO Archpriest Chad Hatfield, visited Guatemala to lend much-needed hands to Hogar Rafael Ayau Orphanage. The team assisted in moving the orphanage from "Zone 1," a crime-ridden and dangerous area of Guatemala City, to Hogar San Miguel, a new orphanage in the mountains outside of Guatemala City.