The Parliament of Greece has made amendments to the state’s legislation allowing the building of a mosque in Athens. The changes were made by the ruling Syriza party (the Coalition of the Radical Left). 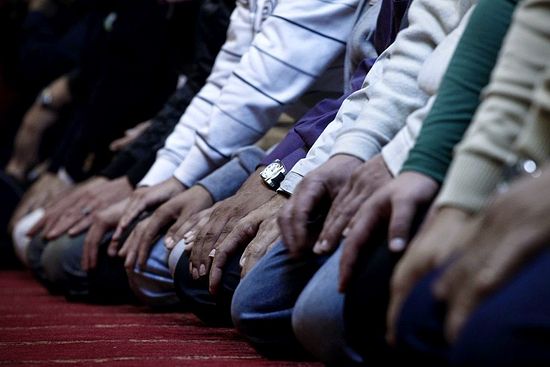 In connection with this Metropolitan Seraphim of Piraeus addressed his flock with his arch pastoral speech, reports Romfea:

“The Greek Parliament has once again made Islam a pressing problem, trying to legalize this religion whose law presupposes a death penalty for apostasy (conversion from Islam to another faith).

“The Majority of the Parliament’s parties have voted for construction of a mosque in Athens, while there are already 150 mosques in the Attica basin (Lekanopedio Attikis), including a megamosque in the Moschato district (south of Athens). All this serves as a support to the plan of islamization of the country, prepared for us by the Zionist lobby of Mr. Rothschild and the local government financed by him.

“This is to say nothing of the uncontrolled settling of Muslim immigrants under the pretext of “human rights” and tolerance. And then it results in slaughter and bloodshed inside a criminal caliphate that inspires islamists to preach Islam anew.

“And these things are occurring at the very time when the pious veneration of relics of holy God-bearing martyrs for faith, who protected our nation’s self-identity under the Muslim yoke, is called ‘idolatry’, and the bringing of precious relics to the Church of St. Sabbas at the cancer detection centre for all those wishing to venerate them is ridiculed and called ‘medieval customs’.

“Muslim propaganda leaflets with materials from the Greek Muslim website are being spread in our diocese, which is why we have issued this message for reading in all the churches of the Metropolis of Piraeus on the Sunday of the Fathers of the First Ecumenical Council, to inform all the faithful about the activity of the ‘new Arian heresy’ of Islam.”

Metropolitan Anthimos of Thessaloniki: “We are against an expansion of Islam in our city”
In his interview with the Greek television, one of the most authoritative hierarchs of the Church of Greece made a number of tough statements.
Comments

Georgeg7/24/2015 11:25 am
Saudi Arabia the home of Islam has a ban on Christianity. One million Filipino guest workers (Catholics) are told to pray in private. There are 57 Muslim countries in the world if they want mosques and ISLAM they should go there. The Apostle Paul brought Christianity to Greece. Islam is false religion it was Satan who transformed himself into the angel Gabriel to recite the Koran to the illiterate Muhammad. The Koran has over 200 violent verses. The Greek argument should be if Saudi Arabia wont open up one church then Athens will not open up an official mosque. If there was a referendum on this issue most Greeks do not want mosques or Muslims in Athens.
×