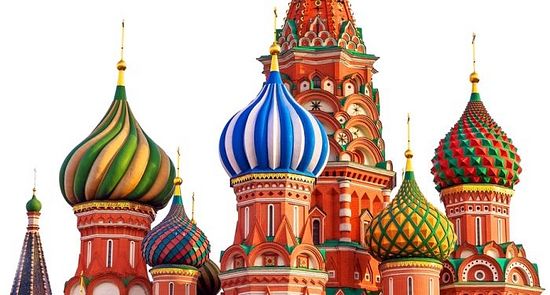 "Russian Communists are turning to Christ," Newsweek trumpets, as if the magazine discovered the wheel. It almost deserves one of our "Got News?" logos.

Almost. The article does have a few things going for it – starting with the first three strong paragraphs:

What do Vladimir Lenin, founder of the officially atheist Soviet Union, and Jesus Christ have in common? Not much, one would think. Yet according to Gennady Zyuganov, the veteran leader of Russia's modern-day Communist Party, both men sought to "save humanity" with a message of "love, friendship, and brotherhood".

Speaking in Moscow in front of a crowd of red-flag-waving supporters on the 145th anniversary of Lenin's birth late last month, Zyuganov also declared that the Soviet Union was an attempt to establish "God's Kingdom on Earth".

Had he heard that speech, Lenin would likely have turned over in the Red Square mausoleum, where his embalmed corpse has been on public display for the past 91 years. After all, some 200,000 members of the clergy were murdered during the first two decades of the Soviet era, according to a 1995 Kremlin committee report, while millions of other Christians were persecuted for their faith.

The story then traces reactions to Zyuganov's recent speech in Red Square. Some critics "pointed out the apparent contradictions inherent in his mingling of communist and Christian beliefs." Other critics regard Zyuganov's talk a "cynical ploy" to gain support from party members and Eastern Orthodox Christians alike. And Newsweek itself says he is a "former Soviet 'agitation and propaganda' official."

Newsweek then reports some intriguing cross-fertilization between church and state. It says Russian President Vladimir Putin tries to portray himself as a defender of "Orthodox Christian values." It notes that a priest singing a "popular Soviet-era song" went viral. And it says church motifs have often served the state, such as religious icons of Josef Stalin – and the decision to embalm Lenin's body for a mausoleum in Red Square.

Russian Orthodox Church officials also display ambiguous attitudes towards the Soviet era. "While there was no place for God in the Soviet system, Christian values were far more apparent under Communist rule than in the West, where material wealth has always been of utmost importance," says Vsevolod Chaplin, a spokesman for the Russian Orthodox Church. Chaplin has also described Stalin as a contradictory figure, with both "positive" and "negative" sides.

Although the Soviet authorities may have been outwardly hostile to religion, early communists adopted and adapted many of Christianity's symbols to mask the new ideology in forms familiar to an ultra-religious nation. In place of the Trinity of the Father, Son, and Holy Ghost, communists offered Marx, Engels, and Lenin.

Now for the flaws in the article.

You know those partial quotes by Zyuganov in the first two paragraphs? Well, that's all he's quoted. We read reactions right and left (literally). We read a European Moscow watcher saying that Russians have a "craving for something sacred." We get views of a theologian and even an unnamed caller to a radio station. But without even a full sentence from the main man, how can we judge which reactions are on target?

And what of other religions? Sure, the Orthodox dominate among the 142 million Russians. But according to the CIA's World Factbook, the nation is also 10-15 percent Muslim and 2 percent "other" Christian.

American and European evangelicals, too, have been active in Russia. A quarter-century ago, Christians from around the world were celebrating the faith in the Soviet Union – and Billy Graham helped train 4,900 Soviet pastors. Campus Crusade for Christ was even teaching Christian values in Soviet-block countries – and showing Jesus, its film on the Gospel According to Luke.

It'a also worth asking if the "new" Russia is reprising the new-ish Cuba. As I wrote back in 1998, Fidel Castro in the 1960s expelled hundreds of clergy and jailed others. But in the book Fidel & Religion, he said that churches could play a role in building a socialist society. Sounds rather like Zyuganov's attempt to blend the goals of church and party.

Of course, the regime giveth, and it taketh away. Before Pope Benedict XVI's visit in 2012, Cuban police blithely arrested 80 dissidents. As a religion professor told me that year, "There's more freedom, but it's not free."

Not that I think a newsfeature should add analysis or opinion. The Newsweek story has virtues in its own right. It runs a spectrum of opinions fuller than any I've read in a long time. It does a great job of recalling old-line communist oppression – both in raw numbers and in attitudes like a quote by Lenin: "The more representatives of the reactionary clergy we shoot, the better."

But it would have helped for Newsweek to get more history on religion since the Soviet implosion in the 1980s. And we should have gotten more background on Gennady Zyuganov himself: why and how he changed his mind, and more explanation of his views – from his own mouth, rather than the opposition.

Then again, if Zyuganov's views take hold, Newsweek may well have occasion to revisit the topic. Russia has experienced a spiritual resurrection
A quarter century after the Communist nightmare ended, it is the East where Christianity is rising again
Comments
×