The Levitical Offerings and Sacrifices 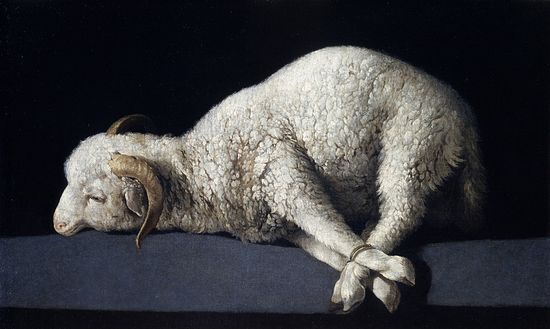 If we were to state the motto of the book of Leviticus, it might best be described as

There are many instructions for sacrifice throughout the Pentateuch, but Leviticus chapters 1-7 is completely dedicated to the five Levitical offerings which were the main sacrifices used in the rituals. Before we get onto these, however, we should point out that the Bible makes clear:

For it is impossible for the blood of bulls and goats to take away sins. (Hebrews 10:4)

They are symbolic of the real sacrifice. Each of the sacrifices were uniquely fulfilled in Jesus Christ.

The Burnt offering was performed to atone for the peoples sins against the Lord and was a dedication offering of ones life before the Lord continually.

The Israelites offered meal (cereals) or vegetables in addition to animal sacrifices. The purpose of the meal offering was create in the worshipper a life that is dedicated to generosity and giving.

The peace offering was a meal that was shared between the priests, and the people of Israel. The worshipper was to bring a male or female oxen, sheep, or a goat. The ritual was similar to the burnt offering up to the point of the actual burning, where the animals blood was poured around the edges of the altar. The fat and entrails were burned and the remainder was eaten by the priests and (if it was a freewill offering) by the worshippers themselves. This sacrifice of praise and thanksgiving was most of the time a voluntary act. (It was required to make offerings while making a vow of ones life to God and thanking Him with praise while freewill offerings were voluntary).

Jacob and Laban offered a peace offering when they made their treaty (Genesis 31:43).

The sin offering expiated (paid the debt in full) the worshippers unintentional sins, weaknesses, and failures before the Lord. Unintentional sins could happen at any time and therefore the priests worked closely as mediators with God and His people. They were there to instruct the people as they sought the Lord. In case any sins were not brought before the Lord there were offerings for the nation and for the high priest which covered them all in a collective way. On the Day of Atonement (Yom Kippur) the high priest sprinkled blood on the mercy seat for his own sins and the sins of the nation.

Who is Changed by the Sacrifice?

There are two ways of thinking about sacrifice, and which one is the Biblical one is of great importance.

First, a sacrifice can be considered propitiary in nature. That means that it is offered to change the mind of the God Whom it is offered to. This is how pagan sacrifice works. Offer a blood sacrifice, or children, or a virgin and the God’s wrath will be abated, His thirst for vengeance sated, and he won’t punish the worshipper.

The other way a sacrifice can be considered is expiatory. This means that it is not God Who the sacrifices changes, but the one’s making the sacrifice. That is, the offerers are changed by the sacrifice. This is the Biblical understanding of sacrifice in both the Old and New Testaments.

'To what purpose is the multitude of your sacrifices unto Me?' sayeth the Lord. 'I am full of the burnt offerings of rams, and the fat of fed beasts; and I delight not in the blood of bulls, or of lambs or of he-goats … bring no more vain oblations … Your new moon and your appointed feasts my soul hateth … and when ye spread forth your hands, I will hide mine eyes from you; yea, when ye make many prayers, I will not hear; your hands are full of blood.' (Isaiah 1:11-16)

And Christ says prophetically, as a reference to the sacrificial nature of the Incarnation,

Sacrifice and offering You did not desire, but You have prepared a body for Me. In burnt offerings and sacrifices for sin You had no pleasure. Then I said, ‘Behold, I have come— In the volume of the book it is written of Me—To do Your will, O God.’ (Psalm 40:6-8; Hebrews 10:5)

Sacrifices, especially animal sacrifices, were not a primary concern of God. As a matter of fact, they could be an abomination to Him if not carried out together with deeds of loving kindness and justice. Consider these words of the prophets, the spokesmen of God:

… and when ye spread forth your hands, I will hide mine eyes from you; yea, when you make many prayers, I will not hear; your hands are full of blood. (Isaiah 1:15-16)

I hate, I despise your feasts, and I will take no delight in your solemn assemblies. Yea, though you offer me burnt-offerings and your meal offerings, I will not accept them neither will I regard the peace-offerings of your fat beasts. Take thou away from me the noise of thy song; and let Me not hear the melody of thy psalteries. But let justice well up as waters, and righteousness as a mighty stream. (Amos 5:21-4)

Deeds of compassion and kindness toward all creation are of greater significance to God than sacrifices:

To do charity and justice is more acceptable to the Lord than sacrifice (Prov. 21: 3).

There are many more examples of this in Scripture, but these should suffice for now.

The Sacrifice of Christ

Hebrews 9:11-18 applies Leviticus 17:11 to the sacrifice of the Lord Jesus Christ. Verse 12 states clearly that the Old Testament blood sacrifices were only temporary and only atoned for sin partially and for a short time, hence the need to annually repeat the sacrifices. When Christ entered the heavenly Holy of Holies, He did so to offer His own blood once for all time, making future sacrifices unnecessary and entirely superfluous.

This is something the ancient rabbis all knew also. There is a Midrash (rabbinic teaching based on Jewish values and tradition) to this day that states:

"In the Messianic era, all offerings will cease except the sacrifice of Thanksgiving, which will continue forever."

The word for ‘thanksgiving’ in Greek is eucharist. It’s all over the New Testament, but usually translated as"thanks" or "the giving of thanks."

To further make this point, let us remember that the sacrifice of Christ on the Cross was not an offering to soften the wrath of the Father, as if the Father needed healing by killing His own Son – what a blasphemy! Neither was Christ offering His Blood to the devil as payment to free mankind, as if a conqueror needed to pay the jailer for the prisoners. He puts his foot on the throat of His enemy and takes what he wants! And He did!

Rather, it is Christ Himself who is pleasing to the Father, and it is in this that Christ’s sacrifice that changes not Him (He loves us and gave Himself for us), nor the Father (Who loves us and gave His Only-begotten Son for us) but it is us who are changed by the Sacrifice of Christ, in that we become

Some in the Christian world have said that since Christ offered/sacrificed Himself once and for all that the Eucharist cannot possibly be a sacrifice, as Christ cannot be sacrificed again. But it is the reality of the Eucharist that makes plain it is a sacrifice. Let me explain in very simple terms.

In the Eucharist, we take bread (prosphora) to the Lord (but not sacrificed) and transform it into the Crucified and Resurrected Body and Blood of Christ which has already been sacrificed.

Taking bread and wine and turning into the Body and Blood of Christ is certainly an act of making an offering holy! And partaking of that holy Sacrifice is what makes us holy, though we proclaim Christ as the Holy One of God. Remember, during Divine Liturgy, when the priest lifts up the consecrated Lamb and says,

"Holy things for the Holy!"

"One is Holy! One is the Lord Jesus Christ, to the glory of God the Father! Amen!" On the Saints of the Old Testament
St. Gregory Palamas

On the Saints of the Old Testament
St. Gregory Palamas
Impossible to recount is Christ’s descent according to His divinity, but His ancestry according to His human nature can be traced, since He who deigned to become Son of Man in order to save mankind was the offspring of men. And it is this genealogy of His that two of the evangelists, Matthew and Luke, recorded. Joel C Bonnette9/22/2019 6:55 pm
Hello I'm Joel my name means the will of Jesus Christ God I'm interested in you studying a summons for our church and our job