Russophobia is a chronic illness in the West, a Lebanese TV channel says

While the Western media are furiously criticizing the latest steps of the Russian Federation’s President in his struggle with “the Islamic State” on the territory of Syria, observer Mohammad Saifuddin from the Al Mayadeen Lebanese TV channel published extensive material accusing the pro-American international coalition of “chronic Russophobia”. A fragment of the canvas by the contemporary Russian painter Ilya Glazunov, “Eternal Rus’”, which depicts images of Russian saints, served as an illustration for this article. 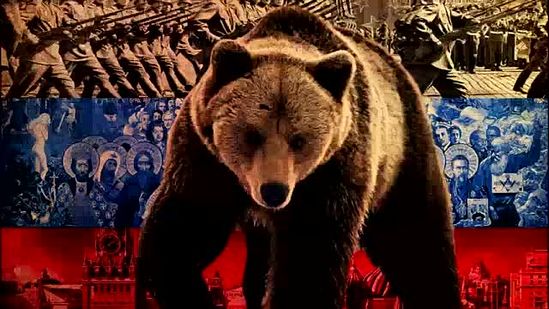 “Fear. This is the word that exactly defines the attitude of the West (in general) and the USA (in particular) towards Russia. Though we often see other strong words: “distrust”, “doubt”, “disrespect”… The Russia “danger” prevents the West from both leaving it alone in peace or attacking it openly,” says the columnist at the beginning of his article.

Making a brief excursus on the history of Russian statehood in his extensive work, M. Saifuddin devotes considerable attention to the historical role of the clergy and laity of the Russian Orthodox Church in Russia’s formation, saying, “Russia is what it is.” Citing the famous Lebanese writer and literary critic Mikha’il Na’ima (1889-1988), he notes the special contribution of “the ordinary Russian peasant, pious and disobedient to servitude,” to the strengthening of national unity.

“If you visit Russia today and trace the line of Vladimir Putin’s domestic policy, then you will see its main tendencies: patriotism, active lawmaking and strengthening of the army go side by side with respect and attention to the Russian Orthodox Church,” the journalist emphasizes.

In M. Saifuddin’s view, Russia will overcome the present crisis thanks to its “enormous spiritual and cultural potential”: “The Russian people have never been spoiled, and so they can survive even in this atmosphere. However, we need to admit that Russophobia is the chronic illness of the West and it has nothing to do with Russia directly. It is the problem of the West itself”. Russia’s Remarkable Renaissance
Something remarkable is taking place in Russia, and it’s quite different from what we might expect.
Comments
×