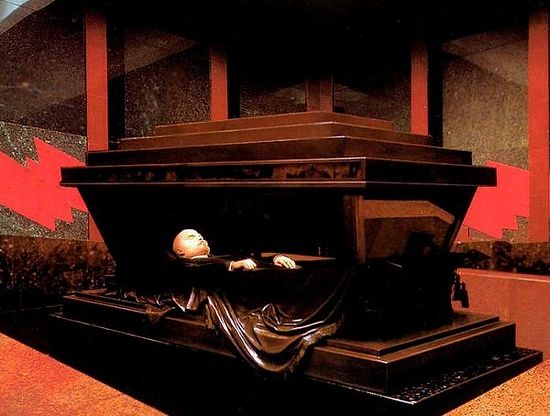 The hierarchs of the Russian Orthodox Church Outside of Russia have issued a joint epistle following their recent session in Munich that began on June 9. The epistle focuses on this year’s commemoration of the 100th anniversary of the bloody revolution that led to the death of millions at the hands of the atheist communists in Russia, fittingly calling again for the removal of the body of the bloody Lenin from the mausoleum on Red Square.

The Synod made the same call in its epistle read in all ROCOR parishes on March 12, the second Sunday of Great Lent: “A symbol of reconciliation of the Russian nation with the Lord would be to rid Red Square of the remains of the main persecutor and executioner of the 20th century, and the destruction of monuments to him. They are all symbols of catastrophe, tragedy, and of the destruction of our God-given Sovereignty. The same applies to the cities, oblasts and streets which are deprived of their original historic names.”

In April it was

">revealed that Russian president Boris Yeltsin had ordered Lenin’s mausoleum to be demolished, although Prime Minister Sergei Stepashin convinced him to reconsider. 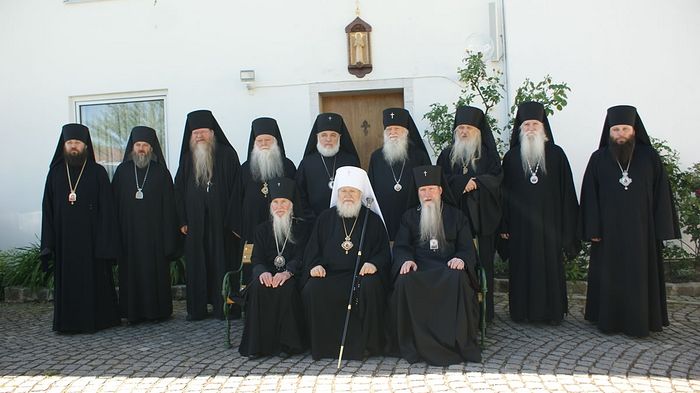 The Synod’s renewed call comes in the context of the choice facing every Russian, and every man, today to delve deeper into the spiritual life, or to drown in materialism, with the prayer, “God forbid that we once again see the brutal consequences of the deceptive spiritual and moral choice of willingly sacrificing our souls to evil substitutions.” In this regard, the hierarchs again call for Russia to remove all symbols glorifying its bloody past:

We once again raise the call to conscientious purification, not in the political sense, but for the sake of obtaining spiritual succession, gazing upon the path of the New Martyrs, and to bid farewell to the symbols of militant atheism, rid ourselves of the old glorification of murderers by naming cities and towns after them, streets and plazas, train stations and parks; we call for the removal of the body from the central square of the nation of the one whose name is connected with the establishment of the militant atheist state, which led to the sacrifice of millions of lives to its ideology.

The New Martyrs and Confessors of Russia, who suffered at the hands of the system implemented by Lenin, were glorified by ROCOR in 1981 and not until 2000 by the Moscow Patriarchate. Moscow’s canonization of the Royal Martyrs and all the New Martyrs was understood as a turning from its communist past, and a necessary prerequisite for the reunion between the MP and ROCOR which took place in 2007.

The epistle also notes that 2017 also marks the centenary of the restoration of the patriarchate to the Russian Orthodox Church, the centenary of the birth of New Martyr Alexander (Schmorell) of Munich, who died at the hands of Nazis in Germany, and the tenth anniversary of the aforementioned reunion between ROCOR and Moscow.

Bearing in mind all that has transpired in the preceding century, the hierarchs also calls upon “all parents to tend to their own spiritual edification, and not only in word, but to teach their children by example,” saying, “It is in the family itself, the ‘little Church,’ that the full understanding of church life is created.” Likewise, Orthodox Christians in the West, and everywhere, are called upon to be examples of Christ to all their communities, and “Bearing all of this in mind, let us courageously declare in the shining joy of the Church, together with Holy Apostle Paul and St. John of Kronstadt, the Martyred Royal Family and the multitude of New Martyrs and Confessors of Russia: I can do all things through Christ which strengtheneth me (Phil. 4:13). Putin on Communism
Vladimir Putin
Given that Putin’s political ideology is a matter of considerable, often ill-informed, speculation, his answer to a question about Lenin at the regional forum of the All-Russian Popular Front in Stavropol is a really important ideological statement.
Comments

Phillip I Joseph Hanna7/4/2017 9:18 pm
Hear hear, move it good and proper, and although Red Square has no correlation with the previous traitors, how about also calling it St Basil's Square, a sign of moving into a new era for Holy Russia.

damjan6/20/2017 10:32 pm
IT IS HIGH TIME! What possible excuse could there be for this sacrilege to continue? Millions are crying out from their graves, millions, that he and his henchmen sent to death, torture and every other pain and suffering. It is a monument to devil himself.
×