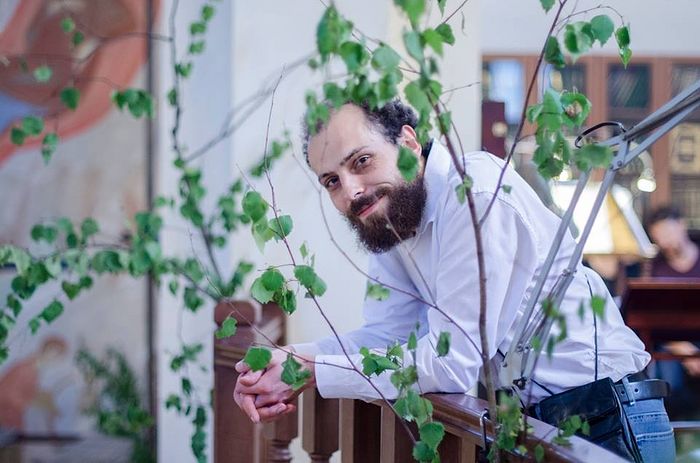 The first press secretary of the Orthodox “Mercy” social service, George Velikanov died early this morning saving a homeless man who had fallen onto the tracks at a train station outside Moscow, reports the Mercy website.

George was only 35 years old. In addition to his work with Mercy, he also served in the altar at Church of the All-Merciful Savior in Moscow.

“His death was a podvig! He died fulfilling the commandment of Christ: Greater love hath no man than this, that a man lay down his life for his friends,” reads one of the messages published on George’s Facebook page.

According to available information, the tragedy occurred this morning at the Krasnogorsk Train Station outside of Moscow. George managed to pull the homeless man, who had fallen onto the tracks, back onto the platform, but was himself hit by the train.

The head of the Mercy service, Bishop Panteleimon, the Chairman of the Synodal Department for Charity, made a heartfelt statement about George:

An extremely bright man has died, the first press secretary of the Orthodox service Mercy, George Velikanov. He died a righteous death, saving a homeless man on the railway platform. George was a deep, bright, kind person, who was interested in questions of theology and was directly involved in works of charity and mercy. I know that George was going to become a priest.

I express my deep condolences to his wife, his parents, and all the friends and family of our dear George. I am praying for the repose of the servant of God George. May God grant him the Kingdom of Heaven. Memory eternal.

George Velikanov graduated from the Theological Department of St. Tikhon’s Orthodox University for the Humanities. He was an historian and an author of theological articles. He served in the choir and in the altar at the aforementioned Church of the All-Merciful Savior. He was actively engaged in helping those in need, in particular, he volunteered with adults with disabilities in psychoneurological boarding home. George worked as the Mercy press secretary from 2011 to 2012.

The Mercy service brings together 27 social projects, annually providing assistance to tens of thousands of needy, including seriously ill children and adults, orphans, the elderly, the disabled, the homeless, and those suffering from HIV. Moscow center for homeless employment begins its work
Social workers at the foundation help the homeless find jobs according to their skills and region of residence, and help them collect the necessary documents.
Comments
×