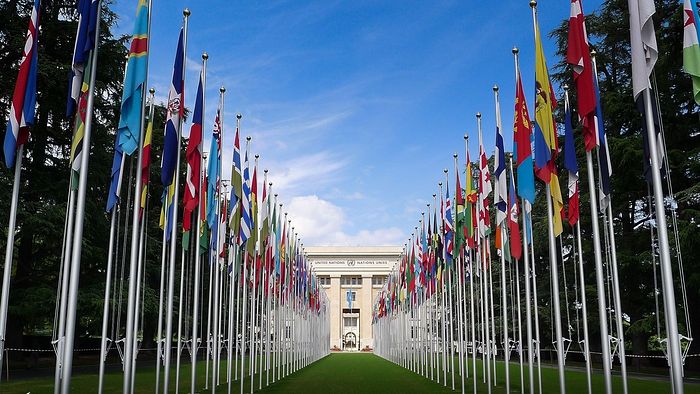 The office of the United Nations High Commissioner for Human Rights has expressed its concern about the constant and systemic attacks against the canonical Ukrainian Orthodox Church, reports the Church’s website.

The UN monitoring mission for human rights in Ukraine recognizes that the government has launched a campaign of intolerance against the Church and expresses concern about the inactivity of law enforcement agencies in regard to the violation of believers’ rights.

The commission’s concern is stated in its Report on the Human Rights Situation in Ukraine for the Period of November 16, 2007-February 15, 2018, published on protiktor.com.

As it says in Paragraph 95 of the report:

During the reporting period, a “campaign” of intolerance against the Ukrainian Orthodox Church began… On January 8, 2018, several dozen members of C14 blocked the entrance and road to the Kiev Caves Lavra… Members of C14 behaved aggressively, inciting violence and physically threatening people who expressed contrary views. Although this incident continued for more than an hour, law enforcement agents did not intervene. The same day, C14 announced on social media that the event was only the beginning of a campaign of protest and threatened to hold further, larger-scale ‘protests’ in many places. After that, C14 and other far-right groups broke into the office of the information site Union of Orthodox Journalists, which publishes information about the UOC, and moreover, two attempts were made to burn the Tithes Church in Kiev and the Church of St. Vladimir in Lvov, which belong to the UOC.

The UN commission is “concerned that law enforcement agencies have not taken effective measures to prevent such actions, investigate them thoroughly, and bring the perpetrators to justice,” the report notes.