The editors of OrthoChristian look back on the past year

As we ring out the old year, we ponder some of the events that have taken place in the Orthodox world. It’s a time for sadness and regret over the bad, and gratitude to God for the good. But just as it has since the Lord built it, the Ark of Salvation continues its blessed and glorious journey across the stormy sea of life, ready to take into its invincible enclosure all those who truly seek salvation in Christ our God. HIs Beatitude Metropolitan Onuphry of Kiev and All Ukraine

Looking back on 2019, we can certainly say it was a tumultuous year for the Orthodox Church. It began with Patriarch Bartholomew signing a tomos granting autocephaly to a collection of clergy who had either never received a canonical ordination or were defrocked, even anathematized by their own Local Church. The anathematized “Patriarch” Philaret Denisenko, who was instrumental in bringing the whole autocephaly process about, himself schismed from that very “autocephaly” soon after it was formed, saying that if he had known what the Phanar was planning, he would never have joined it. As was expected, the Ukrainian nationalist church received its long sought-for benediction to escalate its seizure of church property from the canonical Ukrainian Orthodox Church headed by His Beatitude Metropolitan Onuphry.

Relief, however, came in May when the president who had been aggressively pushing the autocephaly project and who was working toward legislatively depriving the Ukrainian Orthodox Church of its own legal name in order to label it as a Russian and not Ukrainian Church (although roughly two thirds of the believing population holds to the UOC and not the OCU. Are those legislators saying that two thirds of the believers are all Russian and not Ukrainian?), Petro Poroshenko, was roundly defeated at the presidential election. His successor is Volodymir Zelensky, who has taken a stance of non-interference in Church matters. And thankfully, the Supreme Court of Ukraine has recently halted the name-changing bill.

Most of the Orthodox world still does not recognize the OCU. But late in 2019 we also witnessed two leaders of Local Churches, Archbishop Hieronymos of Greece and Patriarch Theodoros of Alexandria, who, without actually taking a vote from their synods of bishops, have accepted Patriarch Bartholomew’s anti-canonical act, simply out of respect for him, out of ethnic solidarity, or out of fear of pressure from geopolitical forces. Patriarch Theodoros’s acceptance of the OCU was particularly shocking, since he had previously voiced his strong support for the canonical Ukrainian Orthodox Church. Thousands of people attend the Liturgy at the Cathedral of the Resurrection in Podgorica, Montenegro, to show their support for the Serbian Orthodox Church.

Now on the threshold of 2020, the Montenegrin government has passed a bill that would legalize the confiscation of properties that have for centuries been places of worship for the Serbian Orthodox Church. The government is promoting its own pocket schism, à la OCU. Violence has broken out as the Orthodox of Montenegro have protested the move, and a SOC bishop was beaten and had to be hospitalized.

We have to remember that there have been times in the history of our Church when Eastern patriarchs also accepted heresies, but thanks to the witness of great fathers of Orthodoxy, those Local Churches eventually rejected their errors. Let us resolve to pray in the coming year for those hierarchs and for their Churches, that error would be rejected, and peace and unity might be restored. Metropolitan John (Renneto) of Dubna and Patriarch Kirill of Moscow and All Russia at the official reunion Liturgy in the Christ the Savior Cathedral, Moscow, November 3, 2019.

As an example of the restoration of unity, in November the Archdiocese of Russian Churches of Western Europe reunited with its Mother Church, the Moscow Patriarchate.

Most recently, the Archdiocese was an Exarchate under the Patriarchate of Constantinople, until the Holy Synod suddenly revoked this status without warning earlier in the year, instructing the parishes to move under the local Greek-tradition Metropolitans. However, the Archdiocese voted overwhelmingly to remain together as an ecclesiastical body and thus it began discussions and negotiations of how to move forward. Its first hierarch, Archbishop John (Renneto), appealed to the Moscow Patriarchate to be accepted as a part of it.

The majority of the clergy and parishes of the Archdiocese voted to follow Archbishop John in late September, and their decision was officially accepted by the Russian Holy Synod on October 7. On Sunday November 3, Archbishop John and a delegation concelebrated with Patriarch Kirill in Moscow, as an official reunion. Archbishop John was elevated to the rank of Metropolitan, and named Metropolitan of Dubna. Over 60 churches and monasteries were destroyed by ISIS.

2019 also saw what is very likely the end of an eight-year bloody and horrendous war in Syria, the result of which over a half a million people have lost their lives, and half that country’s population has been displaced. The humanitarian crisis is staggering, and the temporary ascendancy of the fanatical Islamist ISIS brought devastation to the Syrian Christian communities. Christmas 2019 is the first year since the beginning of the war that Orthodox Christians have been able to celebrate the Lord’s Nativity without fear. Some churches and monasteries are already being restored, with help from Orthodox charitable organizations, most notably Russian. Archimandrite Aimilianos (Vafides) †2019. On May 9, 2019 the revered Athonite elder, Archimandrite Aimilianos (Vafides), retired abbot of Simenopetra Monastery reposed in the Lord. Elder Aimilianos was a monk of Meteora before moving with his brotherhood to Simenopetra on Mt. Athos in 1973. He was elected and enthroned as abbot of the monastery that same year, serving in that capacity until 2000, becoming one of the most beloved and revered elders on the Holy Mountain and in all of Orthodoxy in the twentieth century. He was also known for the founding of one of Greece’s most flourishing monastic communities for women, the Annunciation Convent of Ormylia. He died at age 85. Born Ioannis Moraitis on June 24 1927 in Volos, Greece, Fr. Ephraim left the world to become a monk on Mt. Athos at age 19. There he became a disciple of St. Joseph the Hesychast, and abbot of Philotheou Monastery. In 1995, he and a small group of Mt. Athos monks established a monastery in the Sonora desert of Arizona, and from this flourishing monastery sprung 19 other monasteries for men and women in the U.S. and Canada, all under Elder Ephraim’s care. The spiritual impact of this monastic flowering in North America is nothing short of a miracle. Although his many spiritual children will greatly miss him, there is no doubt in their minds that Elder Ephraim is now their prayerful intercessor in heaven.

Among the saints officially canonized by their respective Churches this year, of particular note to our readers were St. Joseph the Hesychast of Mt. Athos, and Elder Sophrony of Mt. Athos, who founded the Monastery of St. John the Forerunner in Essex, England.

Our website has continued its growth, with increased efforts to bring quality articles to the English speaking Orthodox world, and for those interested in Orthodox Christianity. We are not a political website, we are a religious website, and concern ourselves with Christian topics. We make no secret of the fact that we support canonical, traditional, and authentic Orthodoxy, and post articles accordingly. That this is what people want is reflected in part by our 95,000-strong Facebook following. In October, 2019, Facebook announced its limitations against websites that are supposedly pro-Kremlin and somehow dangerous to Americans, because they are not following the party line that boils down to: Russia is evil. The U.S. State Department sees the Russian Orthodox Church as the Russian government’s “soft power”, a propaganda arm of the Kremlin, which is allegedly trying to influence U.S. elections and other world political events. Of course we view this as nonsense, but Facebook apparently does not, and so in October 2019 it placed limitations on our news feeds.

This has led us to the conviction that, although we have generally done well on Facebook and we recognize its importance on the Internet, we may just have to live on without its support. So, we are thankful that in 2019 we were reminded that Facebook is not God; God is supremely above Facebook. And Christianity is the greatest social network both on earth and in heaven. Therefore, in fear of God in 2020, we will try our best to keep our readers informed about what is happening in the Orthodox Christian world, and to freely provide quality homilies and analysis, edifying spiritual instructions, and Christian encouragement to the English speaking world.

And all of us who labor here at the OrthoChristian.com website wish our dear readers a happy, prosperous, peaceful, and blessed 2020.

For peace to the world and the servants of God! 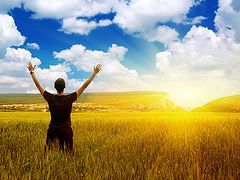 A New Beginning
Abbot Tryphon
Today we celebrate the Church New Year and with it a chance to recommit ourselves to working harder at making changes in our lives that will lead to spiritual growth. The Lord’s patience never runs out, so we always have the invitation to renew our commitment to Him. Looking back on 2015 with OrthoChristian.com

Looking back on 2015 with OrthoChristian.com
Another year is quickly drawing to a close, while the new is preparing to dawn upon us. Everywhere people will make resolutions for the coming twelve months in hopes of improving their lives and relationships. Every year, no matter how the prior passed, we look ahead to the new, filled with the expectation of something brighter, something better. 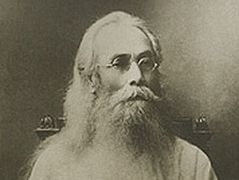 Perry Townsend1/4/2020 7:31 pm
Dear editors, The internet waters of Orthodoxy are greatly muddied and it is hard to discern the good sites from the bad, the true from the deceptive. Your website is a beacon of light and truth to English speaking Orthodox. Thank you!

Gary Cox1/2/2020 11:09 pm
To the editors, I want to thank you for the good work that you do. Out here in the hustle and bustle of the modern world we don't think to ask our priest about these things and when he is busy ( which is most of the time), we don't want to add to his already busy day. When we get free moments in the day we can check out your sound articles on a variety of subjects that are of vital importance to all of us who are Orthodox. Thank You and keep up the good work. Many Years to you all!!!
×