At least 73 variations of Islam exist in the world — orientalist 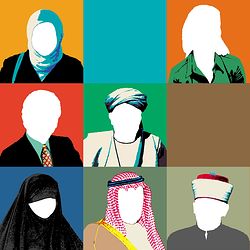 President of the Religion and Politics Institute, member of the Council for Cooperation with Religious Associations, orientalist Alexander Ignatenko, claims that Islam exists in various regional forms.

"Talks about "Islam in general" are pointless on close inspection. By the way, Islamic Prophet Muhammad predicted these divisions in Islam, saying that after his death Islam will be divide into seventy-three "sects," Ignatenko was quoted as saying by the Rossiyskaya Gazeta.

According to the orientalist, "all Islamic states without exception strive to use Islam, more precisely, its "national" forms, and even more precisely corresponding "national" diasporas in Europe, to influence external and domestic policy of European states."

"All states—Saudi Arabia, Iran, Pakistan, Turkey, Libya, Algeria, Marocco commit this 'sin.' There is no Islamic state that has managed to escape the temptation to use this 'lever' in their 'European' policy! They use 'joint pressure' on behalf of 'all Muslims,' although most often they are refering to concrete Islamic centers of power," Ignatenko said.

In their turn, politically correct Europeans try not to blame "Islam as such" in incidents that take place in Europeon religious or pseudoreligious grounds, and call them the result of "militant" Islam, the orientalist said.

According to him, Europe today "is in a difficult search for solutions to the problems it has faced."

"Solutions to the problems greatly depends upon the Muslims of Europe. Many of them claim that Islam and terrorism are two incompatible things and Islam is religion of peace. Well, the Koran says: "Bring up your reasons, if you tell the truth," Ignatenko stressed. Fisher: Convert to Islam or face the sword, Iraqi Christians told by Sunni extremists
Aware of ISIL’s ferocious reputation for murder and mayhem, thousands of Christians who lived in Mosul and the surrounding Nineveh Plain fled in panic when ISIL rebels captured Iraq’s second largest city from government forces on June 10.