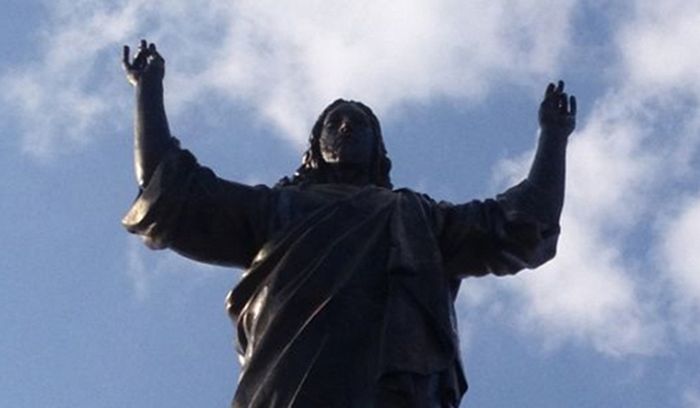 Another Russian-made sculpture in Syria

Russian sculptors have frozen the project of a Christ statue in Syria.

"We were planning [it], and there were talks to create a Christ statue of a relatively large size. As of now, it has been frozen at the stage of a working 8-meter model which was planned to be enlarged afterwards. Perhaps, it's pointless talking about this story, as nobody knows where the current events will eventually lead," Russian People's Artist sculptor Salavat Shcherbakov said in a live broadcast of the Russkaya Sluzhba Novostey (Russian News Service) radio.

Shcherbakov also revealed that another statue of Christ, which was designed by himself and Andrey Kovalchuk, was realized by Armenian sculptors in Syria's Angels Monastery. The statue was shelled [though] with grenade launchers during hostilities and its eventual fate remains unknown.

A sculpture by Alexander Rukavishnikov portraying Paul the Apostle was also installed in Syria, Shcherbakov said. There is no information either about whether the statue still exists. Also, one of the Syrian churches had a dome presented by Russian Tsar Nicholas II. In midst of Syrian war, giant Jesus statue arises
In the midst of a conflict rife with sectarianism, a giant bronze statue of Jesus has gone up on a Syrian mountain, apparently under cover of a truce among three factions in the country's civil war.

135-meter statue of angel to be erected on Cyprus on Russia's initiative
A 135-meter monument representing an angel with a dove will appear in southern shore of Cyprus near "fruit" capital of the capital - town of Limassol.
Comments
×