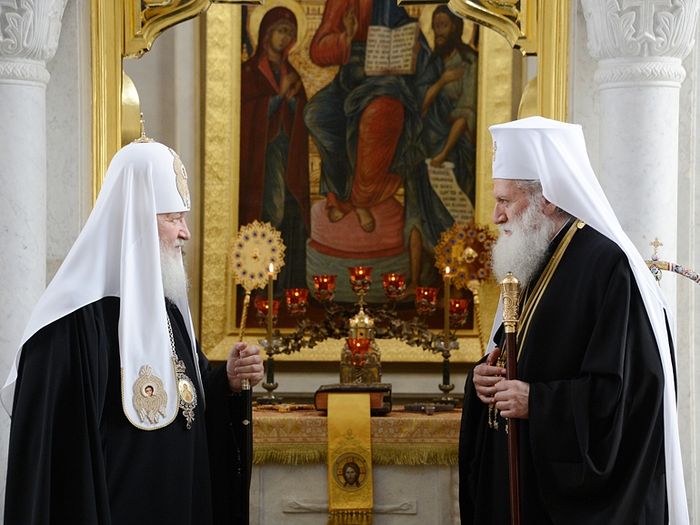 His Holiness Patriarch Kirill of Moscow and All Russia will visit Bulgaria in early March to join in the celebrations for the 140th anniversary of the country’s liberation from the Ottoman yoke, concelebrating with His Holiness Neofit of Bulgaria, reports TASS.

Celebrations dedicated to the anniversary have been ongoing since last year, with the peak coming on March 3, the day of the signing of the San Stefano Peace Treaty, which returned the country to the world political map, finally freeing the Bulgarians from the Turkish slavery.

“Patriarch Kirill of Moscow and All Russia is planning to travel to Bulgaria to participate in the main celebrations (for the 140th anniversary of the liberation of Bulgaria from Ottoman slavery in the Russo-Turkish War of 1877-1878). The program for his visit is being worked out,” stated Russian Foreign Ministry representative Maria Zakharova.

As she said, Russia and Bulgaria are “actively in contact through their parliaments, Churches, and various institutions.” “Cooperation at a regional level is developing fruitfully, and there is progress in trade-economic relations,” the diplomat added.

The Russian Empire led an Orthodox coalition, consisting of Bulgaria, Romania, Serbia, and Montenegro, against the Ottoman Empire in the Russo-Turkish War, leading to the formal proclamation of independence of Romania, Serbia, and Montenegro, and the re-establishment of the Bulgarian State after nearly five centuries (1396-1878) of Turkish oppression.

According to monitor.bg, Pat. Kirill is expected to lead a 160-member delegation from Russia. The two primates will celebrate the Divine Liturgy at the Church of the Nativity in Shipka, Bulgaria, where the remains of those who died in the Russo-Turkish War were placed. There will also be a celebratory concert by the legendary Russian band Lube.

Among the previous events was the January 4 celebration of the liberation of Sofia by Russian soldiers. His Holiness Neofit of Bulgaria celebrated a moleben of thanksgiving that day, after which he stated, “On this remarkable day, not only the citizens of Sofia, but all the Orthodox of Bulgaria again bow their heads before the feat of the hundreds of thousands of victims: Russians, Bulgarians, Finns, Romanians, Belarussians, Ukrainans, and the other soldiers who laid down their lives for the freedom which we still enjoy today.”

The memorial was attended by numerous clergy, representatives of secular authorities, and citizens.

Following the moleben, a solemn procession was held through the streets of Sofia, passing by the monuments to General Gurko, who led the liberation of Sofia, the Tsar-Liberator Alexander II, and the Bulgarian volunteers, where a solemn prayer was read for all the soldiers who died in the war.