To find the role of the Church in the modern world, without compromising our principles. UOC primate on the tasks of the Pan-Orthodox Council 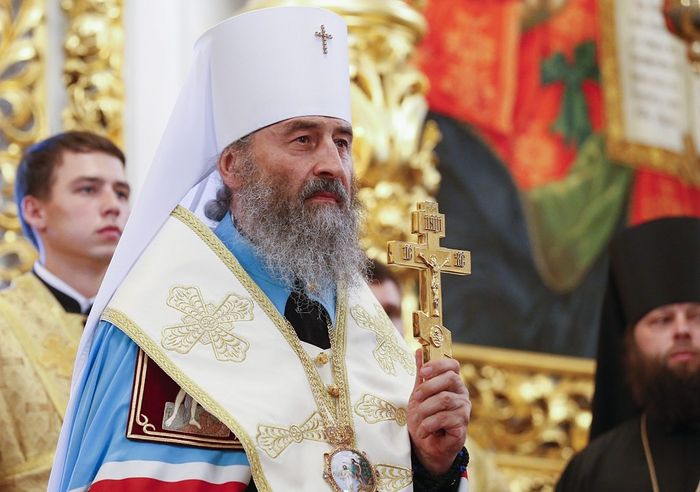 In his interview with the media of Poltava His Beatitude Metropolitan Onufry of Kiev and All Ukraine spoke on what he expects from the Pan-Orthodox Council to be held late in June this year on Crete, reports the UOC MP’s Synodal Information and Education Department.

Pondering the cause and mission of the expected inter-Church meeting, His Beatitude said that at the present stage the Orthodox Church exists in the difficult environment of the world’s transformation. “Today there is a reorganization of the world going on, a new world is being developed in which political boundaries are becoming less and less important and they will eventually disappear. And the Church has the task of finding its place in this new format of the world,” the primate noted.

“This Council aims to find the role of the Church in the world – a place where we would not compromise our rules, principles and dogmas, but where we would live on and labor for the salvation, which the Church has been doing for already 2000 years,” His Beatitude Metropolitan Onufry stressed.

On June 3, 2016, at the St. Daniel’s Monastery in Moscow His Beatitude Metropolitan Onufry of Kiev and All the Ukraine took part in the meeting of the Holy Synod of the Russian Orthodox Church. The Holy Synod of Bishops Deliberates on Problems Arising in Preparation for the Pan-Orthodox Council
In accordance with the decision of the Holy Synod, one way out of this extraordinary situation would be to convene an extraordinary Pan-Orthodox Pre-Council Assembly to consider the situation as it has evolved and the examination of the corrections of the draft documents submitted by the Local Orthodox Churches with the aim of developing unanimous proposals. The conclusions of such an assembly, as the Holy Synod declared, could lead to a decision regarding the possibility of convening the Pan-Orthodox Council at the scheduled time. Fr. George Maximov offers theological reflection on document of June Pan-Orthodox Council
Priest George Maximov
On April 19 a conference was held at St. Tikhon's University in Moscow on the topic "The Pan-Orthodox Council: Opinions and Expectations," in which participated numerous hierarchs, priests, and theologians, among them Fr. George Maximov, a well-known missionary priest in Moscow, who offered a presentation entitled "Misgivings regarding the upcoming pan-Orthodox Council." In his talk he addresses what he sees as some problematic theological points arising from the council documents, as well as problems with the council's procedural regulations.
Comments
×