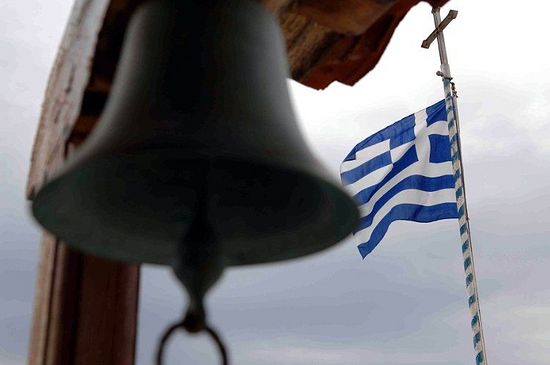 Church protests of the scandalous new bill “On the Free Change of Sex” have provoked a sharp reaction from government officials, reports AgionOros.

Former Minister of Education Deputy Nikos Filis of the ruling party has accused the Church of meddling in politics and violating “human rights,” speaking from the parliamentary rostrum.

Greek Prime Minister Alexis Tsipras is urging deputies to show “political heroism” by supporting the new bill, which would allow anyone 15 years or older to legally change his sex simply by sending a letter to the authorities. “We live in Europe,” the openly atheistic prime minster said, “and this means that we strive for progress, not remaining in obscurantism. We are expanding human rights and modernizing the country…”

And directly attacking the faith, culture, and history of Greece, he further stated, “No tradition, no religion can stand above human rights.”

The Holy Synod of the Greek Orthodox Church has urged all deputies of Greek Parliament to reject the transgender bill, emphasizing that the law “is directed against the institution of the family and destroys the identity of the human person.”

The hierarchy of the Greek Church believes that the “so-called political elite, demonstrating their narrow-mindedness and provincialism, are like apes, successively copying everything from countries with a different history, traditions, and morals.”

Constantly denying the Church the right to speak on topical issues, the elites broadcast anti-Church insinuations: “When someone abuses, insults, and slanders the Church and its clergy—freedom of speech is unlimited and ‘sacred.’ When the Church speaks—they deny its right to a voice.”

As previously reported, the Sacred Community of Mt. Athos has also responded to the bill, stating, “In connection with the proposed bill, we are engulfed by unease as to what the future is preparing for us. Is it really permissible in our Orthodox fatherland to legally and blatantly defy Divine law? So God created man in his own image, in the image of God created he him; male and female created he them(Gen. 1:27).

Ilias Kasidiaris, a deputy of the Golden Dawn party, has pointed to the Athonite statement, declaring,

There is, of course, a very important point on which we must stand, and that is none other than the mobilization of the Church, none other than the words of the monks of Mt. Athos, who invite us to resist. And we will obey the sign, we will obey their exhortation, and we will resist, because, as the monks of Mt. Athos, the Sacred Community of the Holy Mountain, if we do not resist today when Greece is being attacked, then our ancestors will rise from tombs. We are, therefore, on the side of the hierarchy.

“Independent Greeks” Deputy Kostas Katsikis has also opposed the proposed law, in contrast to his fellow party members. He emphasized that “the new law is a threat to the avaton of the Holy Mountain—a ban has been fixed since ancient times on women visiting Athos.” The deputy also demanded a ban on those who have undergone a sex-change adopting children. His fellow deputy Dimitris Kammenos has also stated that he will not vote for the bill.

A number of Greek hierarchs have also individually spoken out against the manifestly anti-Christian bill. Mt. Athos officially opposes new bill on “free change of sex”
The Sacred Community of Mt. Athos has sent a letter to the Ministers of Education and Justice of the Greek Republic in connection with the scandalous new bill proposing to allow anyone 15 years or older to legally change his sex simply by letter.

Greek Ministry of Education calls on hierarchy to support “transgender” courses
Gavroglou emphasized that the week is dedicated to issues of diet, addiction, relations between sexes, and gender equality. The outcry, he believes, is based on a misunderstanding.
Comments

Basically, whilst in the plague of nations that calls itself ''Great'' Britain, the process of changing sex can take two years because of the seriousness of the matter. In formerly Orthodox Greece - it;s practically overnight

Niko10/10/2017 4:20 pm
Hopefully this will be the last step of degeneracy before many youths wake up and see that their political leaders are subject of the wiles of the devil. There's an open war against the church and now it is only too obvious. I can only hope that this will wake up my fellow Greeks who have been in a spiritual lethargy. They're forcing us to make a choice between the world and the Church. I for one will choose where our God resides.

Nomiki Bassilakoglou10/10/2017 2:29 pm
This is a joke,Greece is doomed with the rest of the European nation on this subject.
I am ashamed and can't believe the Greeks in Greece voted for such an atheist president.
×